A new report from the University of Copenhagen demonstrates that conventionally grown soya accounts for 71% of Danish soya imports. This means that the vast majority of Danish soya imports come from South America, where producers clear rainforest to expand agricultural land, with significant consequences for biodiversity and CO2 emissions. 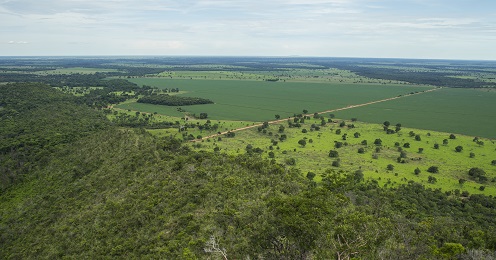 Despite an increased awareness that soya ought to be sourced from producers who don’t contribute to deforestation, conventionally grown soya-beans continue to account for the lion’s share of Danish soya imports.

A new report from the University of Copenhagen’s Department of Food and Resource Economics maps Danish soya imports to examine the proportion of soya producers who can guarantee that their exports do not come from areas of cleared forest.

The conclusion is that 71% of Danish soya imports come from conventional producers, whereas 20% of soya is certified through RTRS (Round Table on Responsible Soy) credits. The remaining 9% of imports meet European feed industry procurement guidelines for soya.

"Unlike foods such as coffee and cocoa, where consumer demand has driven sustainable production, and palm oil, where food companies and retailers have helped promote responsible production, we have only recently begun to see the same real interest and demand for responsible soya," remarks Associate Professor Aske Skovmand Bosselmann, one of the report’s authors.

Credits do not guarantee deforestation-free production

RTRS credits that cover 20% of imports, the equivalent of 300,000 tonnes of soya, are not a guarantee against deforestation. In practice, they can come from the conventional supply chain, where there is no way of guaranteeing soya provenance. The purpose of the credits is to ensure that a matching amount of soya-bean is grown responsibly, without the need for deforestation.

According to Aske Skovmand Bosselmann, this means that although a certain amount of soya is certified with credits, almost all South American soya-bean exports are conventionally grown and cannot be guaranteed to be deforestation-free. The lack of traceability means that it is difficult to guarantee that soya doesn’t come from production where important biomes have been converted into soya fields – despite being offset by credits.

Fails to resolve a global issue

Previous calculations estimate that it would cost Danish industry roughly DKK 28 million kroner ($4.1 million) a year to purchase RTRS credits for the 1.7 million tonnes of annual soya imports to Denmark.

"Taken within context, this sum is relatively small. It amounts to an increase of roughly $2.50 per tonne of soya-bean, an amount that doesn’t exceed the month-to-month price fluctuations experienced by soya importers," explains Aske Skovmand Bosselmann.

However, neither certifications via credits, nor directly guaranteed deforestation-free soya solve the problem of deforestation. Regardless of where soya comes from, it is impossible to satisfy the increasing demand for it without impacting forested areas.

"Global demand for soya protein must decrease significantly if we want to avoid further deforestation. Regardless of whether we or another country imports the tons of soya that cause deforestation, the issue is global," he says.