Food security to be rooted in wild plants

University of Copenhagen researchers want to develop new crops using wild plants. Climatic changes make it imperative that we find alternatives to the crop varieties being planted today. The Novo Nordisk Foundation has provided an 8 million Euro grant for a major research initiative that seeks to harness the robustness of wild plants to develop crops that are more resilient, but with higher yields than wild plants. 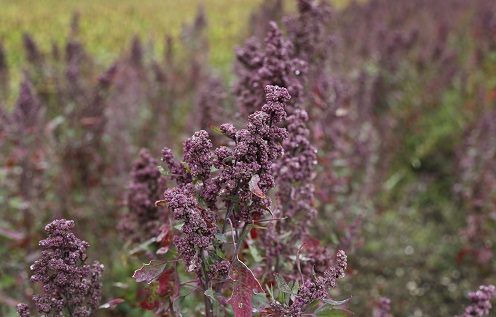 Global agriculture faces major challenges because the crops used in the majority of human food production will not be able to survive the impacts of climate change.

While modern crop varieties provide exceptionally high yields, they are vulnerable to changes in weather conditions, such as higher temperatures and more frequent droughts and floods. However, many wild plant species not currently being used for food production are far more tolerant of wind and weather than modern cultivars.

Professor Michael Broberg Palmgren and his colleagues at the University of Copenhagen’s Department of Plant and Environmental Sciences will develop new crop varieties that combine the robustness of wild plants with the substantial yields of modern plant varieties.

"Instead of looking at how to make modern bred species more robust, we will flip the equation and see what we can do to use the robustness of wild plants as a foundation for crops that are resistant to extreme weather phenomena and disease," explains Palmgren, who has just received a DKK 60 million grant from the Novo Nordisk Foundation.

Using new plant breeding techniques, researchers will engage in a targeted process that accelerates the breeding operation, one that would normally take several thousands of years in nature if based solely on randomly arising variations.

Professor Palmgren provides the example of a cultivated tomato’s 35,000 genes, versus the 40,000 genes of a wild tomato, to demonstrate how thousands of genes have been lost over the history of tomato breeding and cultivation. Plants once used many of these genes to protect themselves.

"The world's food intake comes largely from nine plant species, all of which have been bred. By comparison, there are approximately 380,000 wild plant species. Therefore, nature offers us enormous genetic variation, which we do not yet take advantage of," according to Professor Palmgren.

The Novo Nordisk Foundation has also granted DKK 59 million to Professor Hans Tordahl-Christensen of the Department of Plant and Environmental Sciences for the project, "A new paradigm for disease-free crops of tomorrow". His team of researchers will examine how to create resistance against mildew and Septoria leaf spot fungi in wheat and barley.

The Novo Nordisk Foundation has provided EUR 120 million in grants from its Challenge Programme 2019 to two research projects that focus on the future-proofing of food crops. The projects focus on fungal control in wheat and barley, and accelerating the breeding of resilient crops.