Every year, billions of liters of clean water are lost by Danish waterworks due to broken pipes. An innovative water meter from the University of Copenhagen uses big data and artificial intelligence to make it easier for water suppliers to monitor consumption, detect leaks and reduce water wastage. 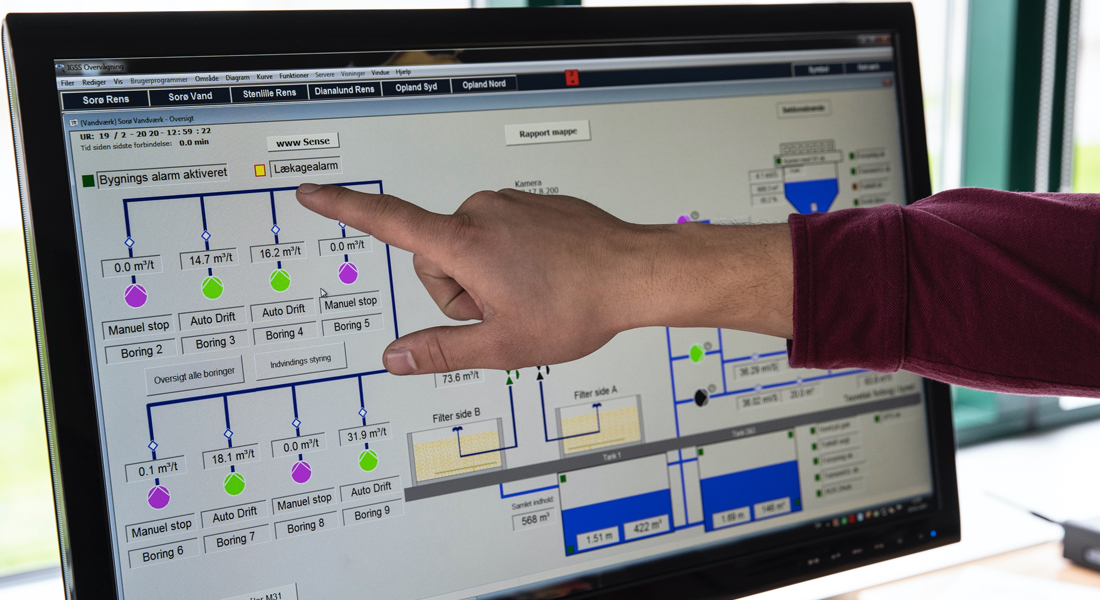 Water loss from leaky pipes can be difficult to detect. Especially for the more than half of Danish water supplies who don’t perform daily monitoring of how much water is pumped versus the amount that is consumed. According to the Danish Water and Wastewater Association, eight percent of all water pumped from Danish waterworks is lost annually. This corresponds to about 18 billion liters of drinking water, that, for one reason or another, are lost somewhere between the waterworks and households.

Now, an ambitious group of young University of Copenhagen entrepreneurs has devised a monitoring system for water suppliers. Using artificial intelligence and machine learning, the system can warn a water utility of a suspected leak in the event of a sudden spike in water being pumped.

"Having analyzed large amounts of water data from previous years, our water meter knows exactly how much water is typically used on, for example, a Tuesday in January. If there is a deviation from the amount of typically pumped, the water works will be notified so that they can address the issue," explains Mathias Stephensen, co-founder of Sense Analytics, a start-up with roots in the SCIENCE Innovation Hub at the University of Copenhagen.

A year to detect broken pipes

82 million liters of clean water recently gushed into the ground through a broken pipe operated by a Danish water supplier. It took more than a year before the waterworks discovered that their accounting was off. This example is far from an anomaly.

170 major municipal water utilities and 1500 smaller private waterworks lack an intelligent system to continuously monitor the amount of water being pumped from their plants and the amount being consumed. Continuously comparing these two figures allows water suppliers to get an indication of whether or not water is reaching consumers as it should.

"But many water utilities lack the tools needed to detect leaks. They must make do with reviewing their annual water accounts, thereby risking that it is only then when large leaks will be revealed," explains Mathias Stephensen, an economics student at the University of Copenhagen.

Roughly half of Danish municipal water supplies have a smart solution that makes use of remotely read meters which constantly send data to the waterworks about how much water is being consumed. However, the solution is expensive and can cost as much as 10-15 million kroner. This is a large sum for a small waterworks, and it is a cost that may eventually need to be passed along to consumers.

"Our solution is a subscription scheme costing way less than the current options. The solution runs through a web platform that allows waterworks to see their data. The amount of water pumped out by the water utility is monitored. If we suspect a leak, we’ll notify them,” explains Mathias Stephensen.

Sense Analytics has developed intelligent water monitoring in collaboration with five water utilities and is fully operational with one.

Alongside the water suppliers, the small company is currently working to review and further develop the solution so as to make it an attractive one for customers abroad, where there is much greater potential than here in Denmark.