All cells protect themselves from the environment using very thin but ultra-strong membranes. In order to let useful molecules (nutrients etc.) go through the membrane, cells use ‘gatekeeper molecules’ called transporters. Researchers at the University of Copenhagen found out that these gatekeepers can now be manipulated to work longer hours by turning on a molecular switch.

These findings constitute a profound contribution to our understanding of cells and may have massive implications for curing a plethora of diseases related to ‘gatekeeper molecules’, including depression, Alzheimer’s, diabetes, obesity and cancer, to name but a few.

The results suggest that the switch may be a common characteristic of all types of transporters. Since these minuscule worker molecules control a vast variety of functions in cells, if the switches are standard, it may well be one of the most important discoveries in enzymology.

"If many transporters turn out to be switched on in the same way as the ones we’ve studied, this opens a door to understanding - and maybe curing - a wide range of diseases.

Stamou heads a multidisciplinary team of scientists at the Nano-Science Center and Department of Chemistry at the University of Copenhagen who just published their discovery in the most recent issue of the prestigious scientific journal Science.

Researchers used to think that transporters work continuously. But in fact they are quite lazy. Very much like real-life gatekeepers, they work for a given amount of time - working hours - and then they shut the gates, take some time off to rest.Tripping their newfound switch resulted in doubling the working hours of the proton transporter studied by the team in Copenhagen. 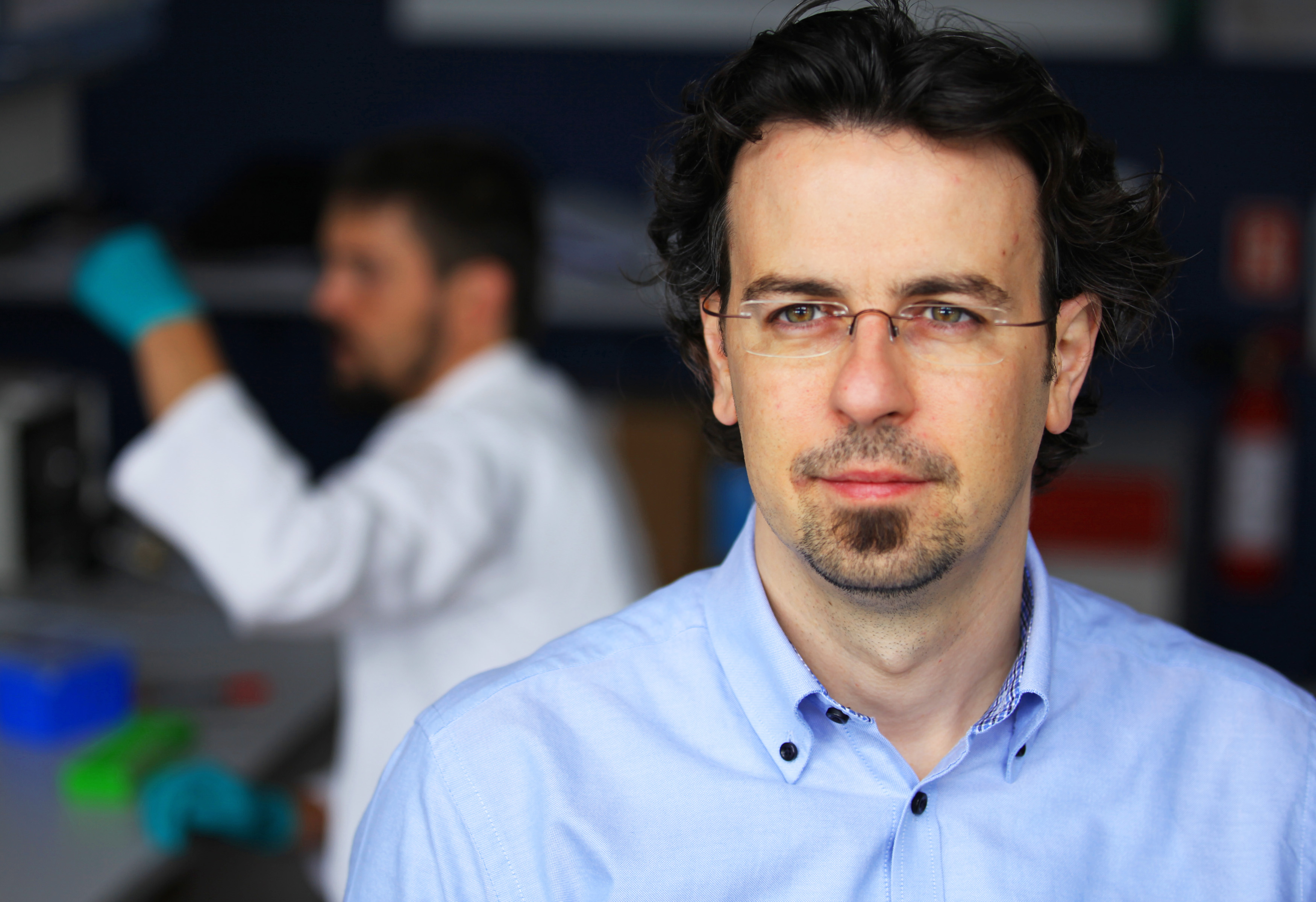 Good news for drug development
In proteins, function is decided by the shape of the molecule. So making them more efficient would have required a major reconstruction. In some cases so difficult that it is in the order of transforming a handsaw into a chainsaw, says Dr. Salome Veshaguri, who was deeply involved in the scrutiny of the transporters.

“Changing the fundamental shape of a tool is always difficult, whether it’s a saw or a transporter. But working longer hours with the same tool is infinitely easier. What we’ve achieved is to make transporters work longer hours, and this principle can be applied to the development of new drugs”, explains Veshaguri.

Scrutiny on the nanoscale
Observing that transporters even have an on-off switch may sound easy, but first the Bionano team had to devise a way to study individual transporter molecules. These are so small, that there could be trillions in just a drop of water. So measuring the work of a single transporter could be compared to looking down from the moon to detect each time a gate opens and closes on a motorway tollbooth.

Arrays of nanoscopic ‘balloons’ light up when transporters go to work
To perform their studies, the researchers have developed a method to study one transporter molecule at a time.

"There are only a handful of methods available in the world to study single molecules, and the new method we have invented allows us to study single transporters for the first time. Now that we can study how transporters behave at the single-molecule level, we can use this knowledge both for understanding the underlying causes of various diseases but also to design novel, powerful drug candidates

From a complex cell, they isolated the transporter molecule and put it into a model system - artificial nanocells. This was done in the laboratory of Professor Pomorski in Copenhagen. Within each nanocell, we placed thousands of fluorescent dyes, chemical molecules functioning as nanoscopic torches, which light up and report faithfully the ‘working hours’ of each transporter molecule. “Importantly, because the nanocells are so small (100 nm in diameter), we could study millions of them using a chip not bigger than a square millimeter”, explains Dr. Veshaguri.

The research was supported by the Danish Research Councils, the University of Copenhagen and the Lundbeck Foundation.

Link to article in Science 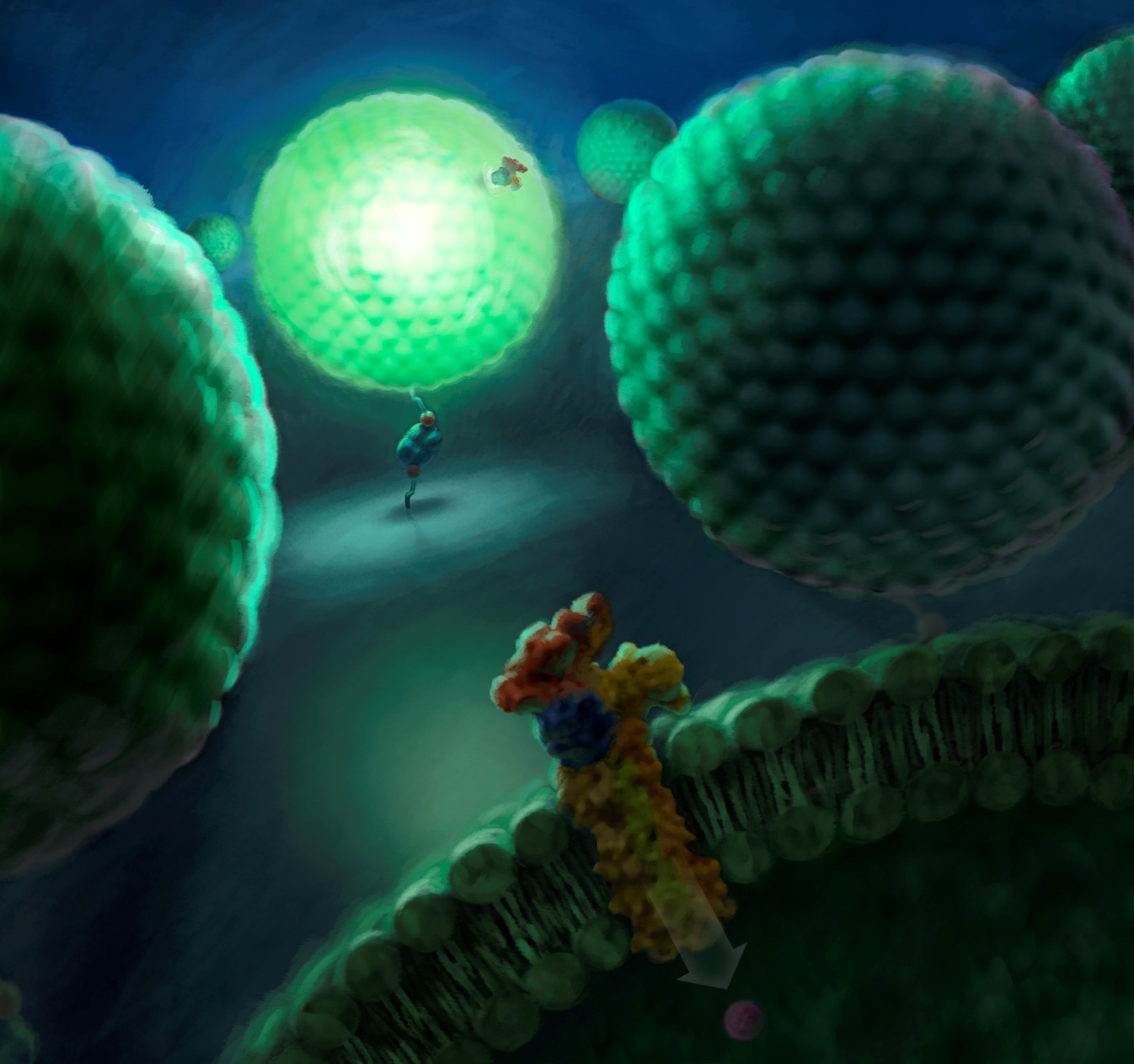