As oceans warm, coral reef fish might prefer to move rather than adapt

A group of international scientists has new evidence that coral reef fish – which struggle to adapt to the warmer ocean temperatures brought about by global climate change – may instead opt to relocate to cooler parts of the ocean. 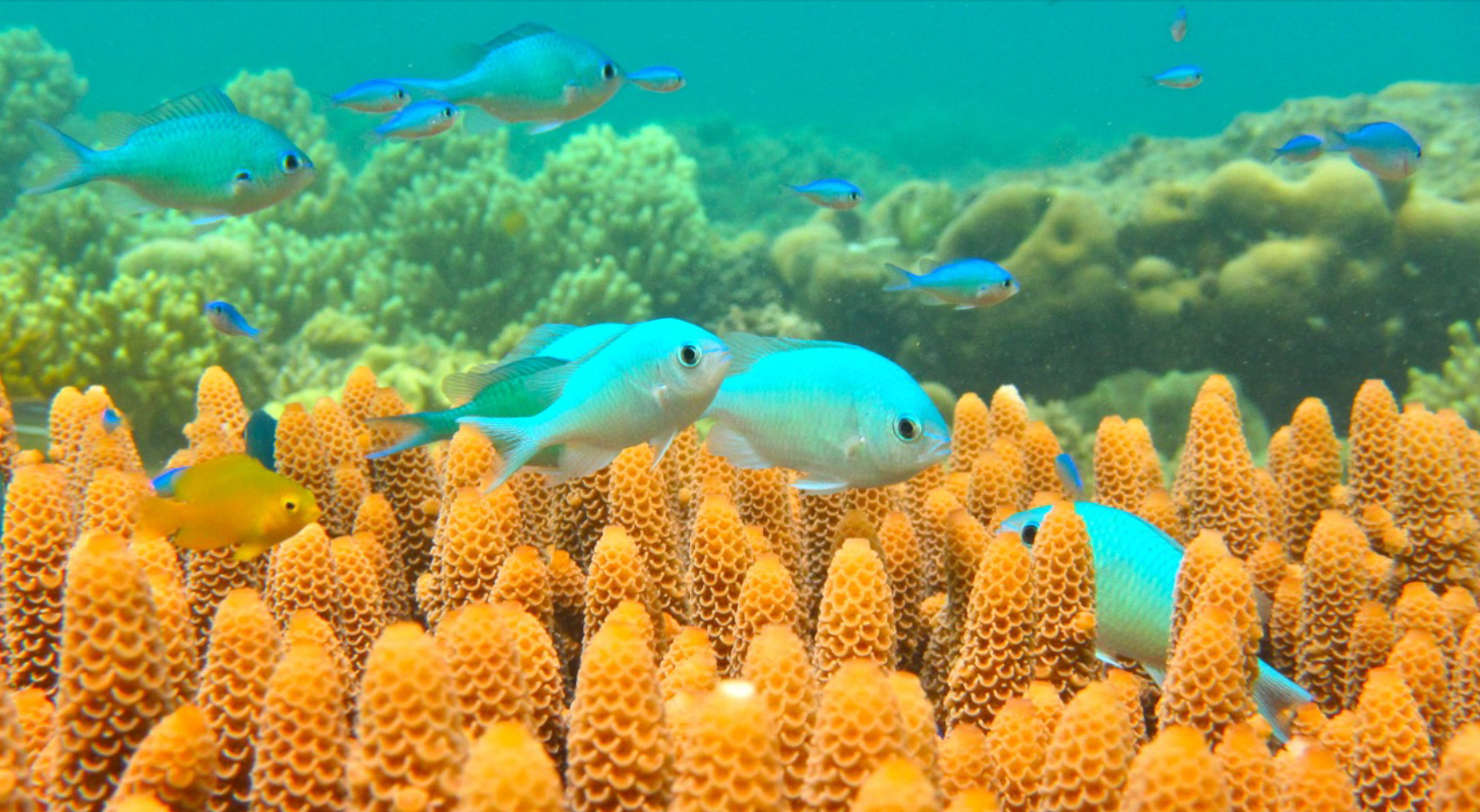 In recent years, research has shown that some coral reef fish may be able to adapt, at least some aspects of their physiology, to cope with the rapidly rising ocean temperatures.

But a new study is now arousing interest. The study combined several different experiments, including one in which the fish, as a novel approach, were able to independently choose their preferred temperature. This method differs from all previous research, which simply exposed the fish to elevated temperatures. The new study shows a more nuanced picture of the impact of ocean warming on coral reef fish, and reveals that some species have a say in whether they are going to adapt, relocate or die. For instance, the colorful blue-green damselfishes, which are found on most tropical coral reefs, struggle to adjust to elevated temperatures. But when given the slightest chance, they choose to relocate to cooler waters where they can remain healthy.

"When fish have to deal with increased temperature, there are physical consequences. They need more energy to cope, and they may not be able to handle stress or reproduce or even grow," says Adam Habary, a marine biologist and previous student at University of Copenhagen. "But when they find areas with the temperatures that they've evolved to be in over thousands of years, then they can mitigate the impact of increasing temperatures and not sacrifice critical physiological processes," says scientist Jacob Johansen of The University of Texas at Austin.

Adam Habary and a group of international scientists from the University of Copenhagen, University of Texas at Austin, and James Cook University, collaborated on the just-published study titled "Adapt, move or die – how will tropical coral reef fishes cope with ocean warming?"

Marine fish are faced with a tough decision. Ocean warming is occurring at such a rapid rate that they will need to rapidly adapt or move to avoid death. Most prior research has focused on the capacity for animals to adapt to increasing temperatures, given that animals have adapted to changes in temperature in the past. However, previous adaptations happened at evolutionary timescales, about 1 degree Celsius temperature change per million years. Global climate change is occurring at a much faster rate, with sea surface temperature predicted to increase 2 to 4 degrees Celsius by the end of the 21st century.

But what if fish moved? In fact, what if entire ecosystems were capable of moving to the cooler temperatures, toward the poles or to deeper water? There is already evidence that many coral reef fish and pelagic fish such as tuna are moving in response to warmer ocean waters, and that this is beginning to affect global fisheries, says Johansen. Picking up and moving may not be the silver bullet for some species, particularly those coral reef fish that are dependent on reefs for habitat. Corals cannot move pole-ward as fast as the temperature increases are predicted to happen, so the fish will have to save their own skin, so to speak, by seeking cooler-deeper water, notes Professor John Fleng Steffensen from University of Copenhagen.

Ocean warming does not occur as a steady slide upward on the thermometer. Unfortunately, it often occurs as severe and increasingly frequent heating events. It is these transient periods that are causing the most damage. This was seen in the spring of 2016 on the Great Barrier Reef, when temperatures rose as much as 4 degrees Celsius for several weeks, causing widespread coral bleaching and severe physiological stress in many fish.

The research was supported by Generalmajor J.F. Classen Foundation, Frøken Ellen Backe & Margaret Munn Tovborg Jensens foundations as well as the Familien Muller-Geiels foundation and an ARC Super Science Fellowship and infrastructure and research allocation from the ARC Centre of Excellence for Coral Reef Studies at JCU.