Sweden takes first, Denmark second and Norway lags at the bottom when it comes to how much organic food is served in canteens, kindergartens and other public sector workplaces across the three Nordic nations. This, according to the results of a new report by the University of Copenhagen. The report details plenty of potential for expanding the conversion to organic food service in the Danish public sector—a topic of discussion across the EU at the moment. 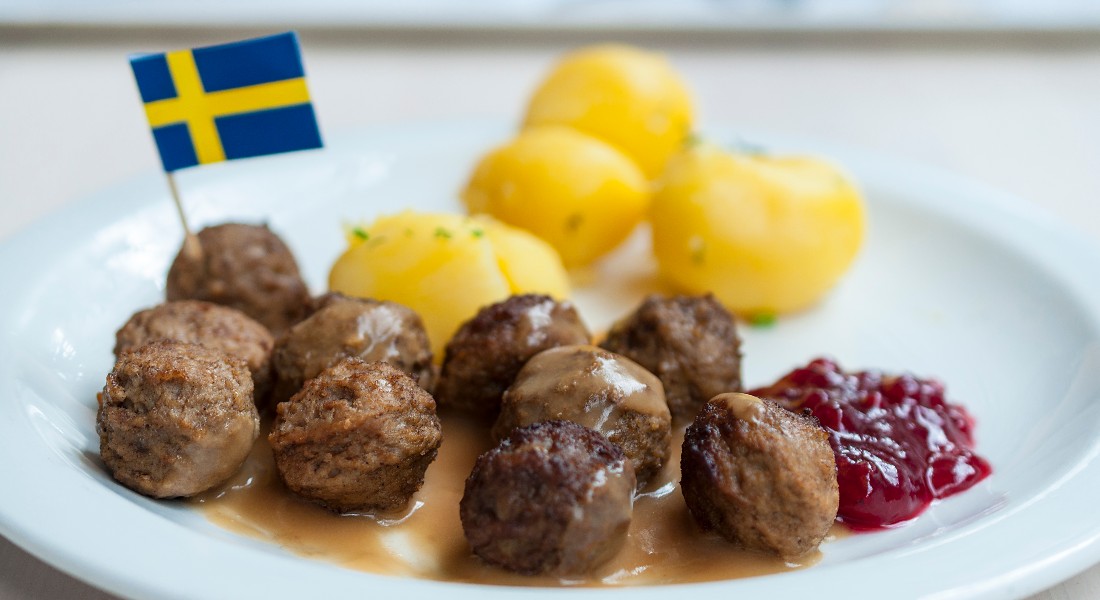 The governments of Denmark, Norway and Sweden are all keen on ramping up the amount of organic food being served in their hospital kitchens, kindergartens, canteens and other institutions. Doing so benefits the environment, biodiversity and animal welfare, not to mention that consumers are demanding organic. A new report by the University of Copenhagen’s Department of Food and Resource Economics compares the performance of these three countries in introducing more organic food to their public sectors.

The study reports Sweden as Scandinavia’s top performer, with a 39 percent share of organic food in their public sector. Denmark comes in at 22 percent and Norway, at just 1 percent. The Swedish experience demonstrates that large volumes of organic food procurement can be achieved nationally within the public sector and that there remains plenty of potential for expansion in Denmark.

"Sweden in particular, but also Denmark in part, should to be regarded as countries with successful track records in introducing organic meals into the public sector, while Norway's efforts seem to have failed," states Professor Carsten Daugbjerg, who is behind the report.

In Sweden, organic equates with health

According to the study, the Swedish strategy has been to establish concrete targets for how much organic food should be procured by public kitchens, which municipalities then should live up to.

"At the same time, the Swedes have framed organic within a broader context, linking organic food with public health. This is as an important explanation for Sweden’s success in bringing organic foods into the public sector. However, it is probably also related to Swedish municipalities being more receptive to the authority and objectives coming from Stockholm," explains Professor Daugbjerg.

"Within the Danish public sector, there hasn’t been the same type of effort to connect public health with organic food, as there has in Sweden. In Sweden, they have a concept for healthy diets in the public sector called SMART, which links organic food to public health. There, municipalities actually use this concept in their menu planning and meal delivery," says Carsten Daugbjerg.

Within the EU, there is currently discussions on converting more farmland to organic farming. In fact, the EU would like 25 percent of its agricultural area to be organic, which would help protect the environment, among other things. To kickstart this development, there are proposals for special assistance schemes for farmers who switch from conventional to organic farming. However, according to Daugbjerg, this cannot stand on its own if the EU wants to reach its goal.

"In Denmark, there has been a great deal of focus on increasing demand as production expands. This strategy has been successful. By focusing on increasing supply through farmer incentives, there is a risk of oversupply and falling prices," he explains.

According to Carsten Daugbjerg, the Danish strategy has been successful in engaging market actors to  grow the market for organic products. The collaboration between the Ministry of Environment and Food and the organic sector, in particular Organic Denmark, has played a major role here.

"Over time, efforts to stimulate demand have ranged from motivating and assisting supermarket chains in their marketing of organic products, to engaging public sector kitchen staff. This occurred while production grew. And, I think the EU can learn a lot from this," states the Professor Daugbjerg.

Alongside Sweden, Austria and Switzerland, Denmark leads within the EU when it comes to sales of organic products. Nationally these products account for just under 12 percent of Denmark’s total food sales.