For the first time ever, researchers have found fossils under Greenland's ice sheet that are so large and well preserved that they can be seen with the naked eye. The fossils reveal several million years of details about climate and plant life in Greenland according to the UCPH researcher behind the discovery.

Following a relocation of ice cores to the Copenhagen suburb of Rødovre in 2017, University of Copenhagen researchers found unopened boxes of ice cores dating back to 1966—the first ice cores drilled on Earth. Analyses of the long-forgotten ice have now been completed and are presented in a new study with groundbreaking results.

Within the cores, which come from deep within the ice sheet at Camp Century, Greenland, the UCPH researchers and their Belgian and American colleagues became the first ever to find these millions of years old macrofossils. The fossils are large enough to be seen without a microscope.

"We pinched ourselves over the treasure we’d found! Because within the cores, which for the most part resemble compressed gravel, we could identify entire twigs and leaves, perfectly preserved after millions of years. We had never found anything like this, nor had anyone else," explains Professor Dorthe Dahl-Jensen of the University of Copenhagen’s Niels Bohr Institute, who adds:

“Thorough DNA analyses are typically required to identify which plants and animals are in ice. But here, we could see things immediately. The ice was drilled in an amazing location where there were obviously plants and branches before ice covered Greenland."

Revealing details about the past

While twigs and leaves may not sound like much, they reveal a rare and unique story about the vegetation of the Greenlandic landscape as it was millions of years ago, when Earth’s climate was warmer, and Greenland wasn’t covered by ice.

"Among the leaves, twigs and plant remnants we found are liverwort plants and and wooly feather moss. Our analyses show that they come from boreal forest—the conifer, birch and willow forests common to Canada and Alaska. These hardy plants and trees are tolerant of cold conditions," explains Dorthe Dahl-Jensen.

The ice cores have also provided the researchers with knowledge about climate change in Greenland dating back several million years. This knowledge is useful for helping us peer into the crystal ball and see the climate of the future.

"After measuring water isotopes in the ice, we can confirm earlier findings that the ice sheet has been intact and covered Greenland for roughly one million years. Before then, there were periods  in between ice sheets  when Greenland was ice-free, These results illustrate just how awesome ice is and how it can withstand so much—including periods of higher temperatures like the one we are in now," explains the climate professor.

According to the researcher though, the ice will be strongly influenced by the rise in temperature that several climate models predict will occur over roughly the next 100 years.

"Should the worst-case scenarios transpire, the  Greenland and Antarctic  ice sheets will start melting, which could cause sea levels to rise up to 70 meters. However, this will take a long time, thousandes of years. Fortunately, we can still do something about it and avoid these large rises in sea level—it's a matter of action," she says.

The next step in working with the forgotten ice cores of Camp Century is to perform DNA analyses of both the ice and sedimentary residues.

"We’ll see if we can find remnants of beetles, butterflies and other insects too," concludes Professor Dahl-Jensen. 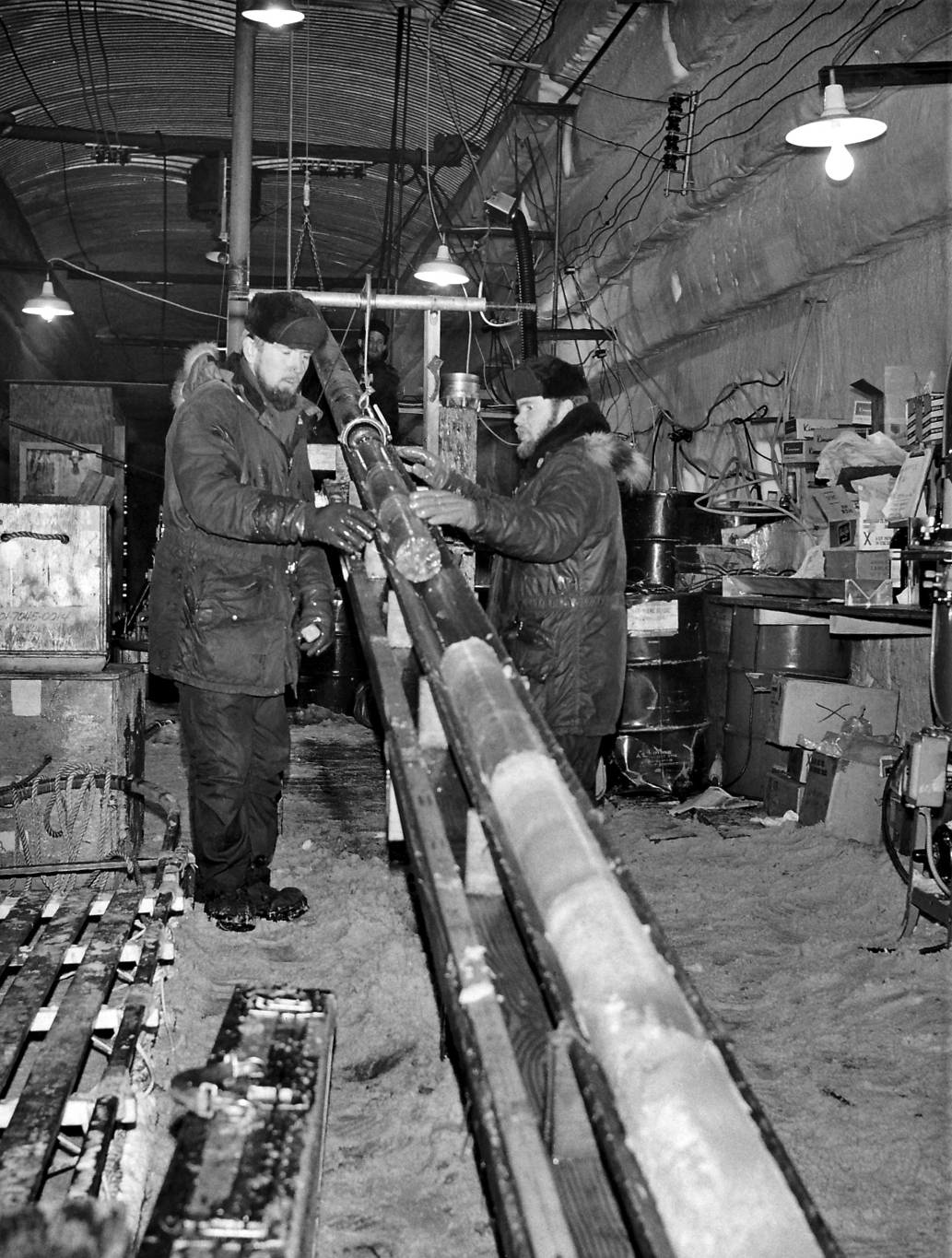 That the ice cores from Greenland’s Camp Century were recovered by UCPH researchers was pure good luck.

"We had recently begun moving our stock of ice cores from the Copenhagen suburbs of Ballerup to Rødovre. During the move, our ice core curator Jørgen Peter Steffensen found the boxes of Camp Century ice cores. He had a feeling there was gold locked in that ice, and he was right!" says Dorthe Dahl-Jensen.

The ice was drilled in Greenland in 1966 by the U.S. military and later brought to Denmark by Associate Professor Henrik Clausen in 1994, where it was stored in a box without documentation.