University of Copenhagen researchers have been following vegetation trends across the planet's driest areas using satellite imagery from recent decades. They have identified a troubling trend: Too little vegetation is sprouting up from rainwater in developing nations, whereas things are headed in the opposite direction in wealthier ones. As a result, the future could see food shortages and growing numbers of climate refugees. 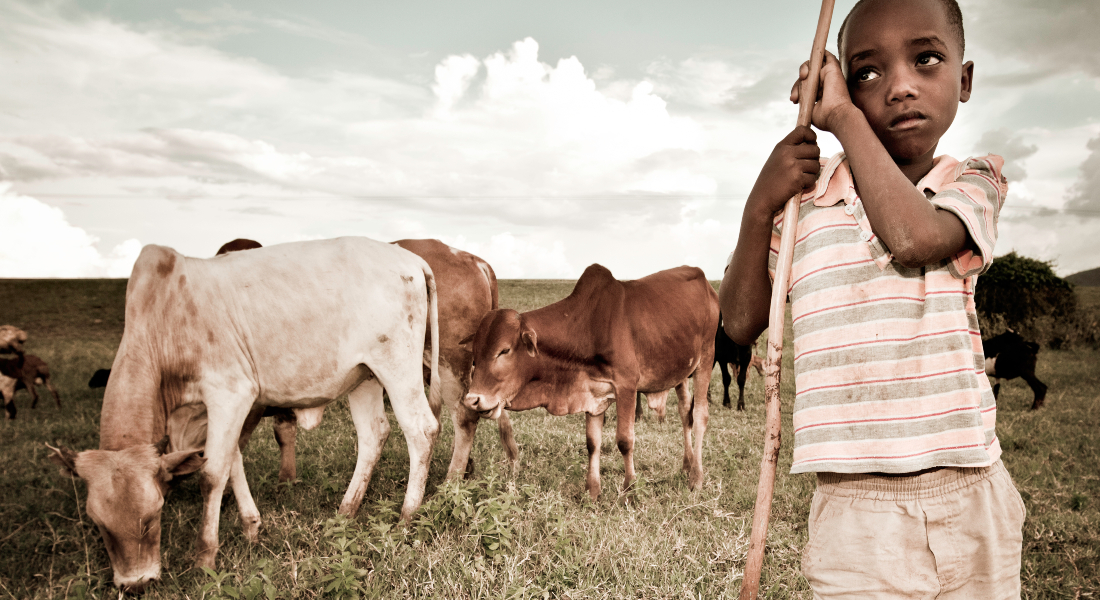 More than 40 percent of Earth's ecosystems are arid, an amount that is expected to increase significantly over the course of the 21st century. Some of these areas, such as those in Africa and Australia may be savannah or desert, where sparse rainfall has long been the norm. Within these biomes, vegetation and wildlife have adapted to making use of their scant water resources, but they are also extraordinarily vulnerable to climate change.

Using extensive imagery from satellites that monitor Earth every day, researchers from the University of Copenhagen’s Department of Geosciences and Natural Resources Management have studied the evolution of vegetation in arid regions. Their conclusion is unequivocal:

"We observe a clear trend of arid areas developing in a negative direction in the most economically challenged countries. Here, it is apparent that the growth of vegetation has become increasingly decoupled from the water resources available and that there is simply less vegetation in relation to the amount of rainfall. The opposite is the case in the wealthiest countries," explains Professor Rasmus Fensholt of the Department of Geosciences and Natural Resource Management.

Worse in Asia and Africa, better in South America and Australia

The researchers analyzed 15 years worth of satellite imagery of vegetation and rainfall — from 2000 to 2015. To compare the evolution of vegetation in arid regions of the world, the researchers removed precipitation totals from the equation. In other words, they produced a calculation that accounts for the fact that some regions received more rain in past decades, while other regions received less.

This provides a more accurate picture of ecosystem health, as human influences become easier to identify: In other words, whether resource use is balanced or whether an ecosystem's resources have been overexploited, with potentially fatal consequences — as imbalanced systems may be irreparable.

"Here, our results demonstrate that in arid regions, particularly those in Africa and Asia, less vegetation grows for the amount of rainwater that falls, while more vegetation grows in arid areas of South America and Australia," says lead author Christin Abel, a postdoc at the Department of Geosciences and Natural Resource Management.

According to the researchers, there may be several explanations for why climate change and rising global temperatures are impacting vegetation in arid regions of the world’s poorest countries. Among the most obvious is rapid population growth, in Africa for example, where there is an increasing need to exploit land that is otherwise poorly suited for agriculture. Doing so produces lower yields and puts increasing amounts of livestock on too little grass in already fragile ecosystems.

Conversely, vegetation in arid areas of the world's wealthier countries seems to be coping better with climate change. This is likely due to the intensification and expansion of larger farms, where more economic resources allow for, among other things, irrigation and fertilization.

As a result of climate change, future trends for the planet’s poorest areas only seem to be getting worse. Forecasts point to an expansion of today’s arid areas where they will make up a larger and larger share of our global ecosystems. This may result in more and more people being left without food and their needing to migrate.

"One consequence of declining vegetation in the world's poorer arid regions areas may be an increase in climate refugees from various African countries. According to what we’ve seen in this study, there is no indication that the problem will diminish in the future," explains Rasmus Fensholt.

For a number of years, satellite imagery has let researchers observe that, overall, it actually appears that the world's arid regions have become greener. However, when researchers look at how much vegetation arid areas in developing countries get in relation to rainfall amounts, the picture looks different.

"We have been pleased to see that, for a number of years, vegetation has been on an upwards trend in arid regions. But if we dig only a tiny bit deeper and look at how successfully precipitation has translated into vegetation, then climate change seems to be hitting unevenly, which is troubling," says Rasmus Fensholt.

The research has been published in the scientific journal Nature Sustainability