The latest climate report of the UN’s Intergovernmental Panel on Climate Change (IPCC) predicts more snow and warmer temperatures in the Arctic as a result of climate change. Through recent fieldwork, University of Copenhagen researchers have now demonstrated that this increase in Arctic snowfall will be accompanied by the release of more CO2. Because heavier snows take longer to melt, the growing season for Arctic vegetation will be delayed, leaving plants with less time to remove atmospheric CO2. The fieldwork also demonstrated that "old" carbon is released as temperatures rise — carbon that has been sequestered in Arctic soil for hundreds of years. 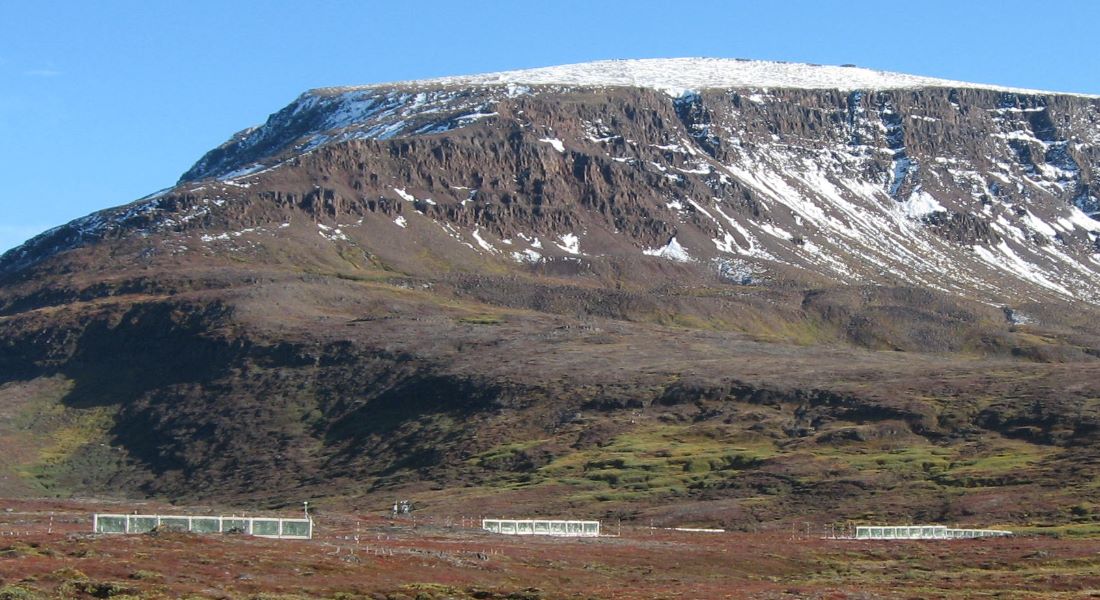 For the past two years, researchers from the University of Copenhagen’s Department of Biology and Center for Permafrost at the Department of Geosciences and Natural Resource Management have been conducting fieldwork in Greenland, including an array of measurements and microsimulations. Their studies focused on finding out what will happen to the Arctic ecosystem's CO2 balance as snows deepen and temperatures become ever-warmer, as is predicted by the UN’s IPCC.

To conduct their experiments, the researchers erected so-called snow fences that increase snow depths by a half to one meter on their leeward sides. They also built greenhouse-like chambers on the Greenlandic heath to simulate temperature increases and observe what happens as snow depths and temperatures rise.

According to Postdoc Nynne Ravn of UCPH’s Center for Permafrost, “the UN's most recent climate report indicates that more snowfall and warmer temperatures in the Arctic are to be expected.

Accordingly, we have been the first ever to perform simulations of what would happen to the Greenlandic ecosystem’s CO2 balance as winter snows become heavier and summer temperatures keep rising.” She adds, “We can see that increased CO2 emissions are evident after only one season of simulations. And, that it is additive, as the effects of warmer temperatures and increased snowfall are compounded.

The fieldwork also demonstrated that increased snowfall leads to higher CO2 emissions because a thicker snowpack takes longer to melt, thus shortening the growing season for plants. Subsequently, there is less time for plant growth to absorb atmospheric CO2.

Old organic matter released from the soil as CO2

The Greenland studies also show that warmer Arctic summers will unfortunately lead to the release of CO2, as the gas is emitted from organic matter which has been bonded in Arctic soils for hundreds of years. Nearly half of the world's carbon is sequestered in Arctic soil and the field study indicates that warming could lead to the release of these stocks of soil carbon.

“Our measurements suggest that higher summer temperatures will release old carbon from soil. This could be the beginning of a process whereby more and more sequestered soil carbon is released, which would obviously turbocharge the pace of climate change,” says Nynne Ravn.

However, the researchers also point out that the long-term decay of organically-bound carbon may release nutrients that improve growing conditions for new plant species, and thereby serve to increase photosynthesis — which would help remove CO2 from the atmosphere.

“So, it's not yet certain that anything is about to go haywire. However, the results of our study did show that ecosystems are changing, that plant growth periods may shorten due to increased snowfall and that more knowledge is needed with regards to how much and how quickly old carbon is released from the soil. All of this can be applied to our future forecasts,” explains Postdoc Nynne Ravn of the University of Copenhagen’s Center for Permafrost.

The study was published in the scientific journal Soil Biology and Biochemistry. Research funding was provided by the Danish Council for Independent Research and the Danish National Research Foundation.