Bacterial transfer during childbirth is less than once thought

It has long been supposed that a vaginal birth strengthens a baby's immune system because bacteria are transferred from mother to child during childbirth. However, a new study by the University of Copenhagen and the Danish Pediatric Asthma Center show that vaginal bacterial transfer is much less than expected. The findings shed new light on how human health is built up early in life. 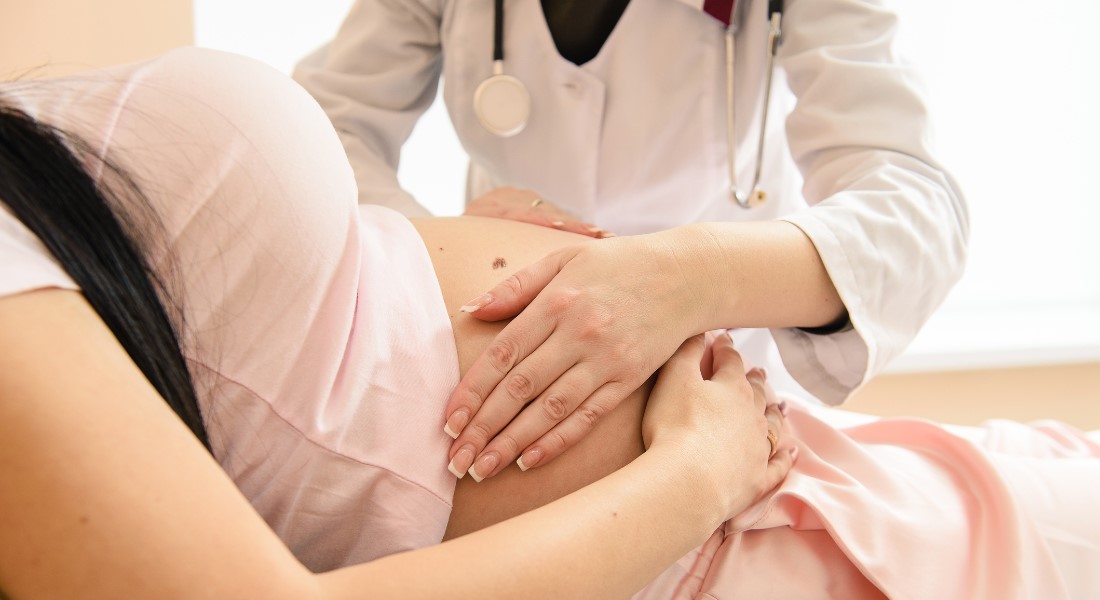 Researchers from the Department of Biology and the Department of Food Science at the University of Copenhagen, in collaboration with the Danish Pediatric Asthma Center, have followed 60 Danish mothers throughout pregnancy. The researchers took bacterial samples from the pregnant women to gain knowledge about their bacterial flora, their so-called microbiomes, and how these bacteria affected their children in both the short and long terms.

The researchers took samples twice during pregnancy and — for the first time ever — during the early stages of labor.

"We were able to see that there is only a modest transfer from mother to child during vaginal childbirth when it comes to the mother's vaginal bacteria. We did not find the same bacteria, in a 1:1 ratio, in mother and child, and the transfer is less than what others had earlier postulated", says Professor Søren Sørensen of the Department of Biology.

It has long been known that vaginal bacterial flora change during pregnancy. A woman goes from having many different types of bacteria to having fewer, possibly to create an unwelcoming environment for disease-causing microbes, thus protecting the fetus.

"What is new is that we took bacterial samples from women after the onset of labor, but prior to the rupturing of membranes, or ‘breaking water’. In other words, during the very last phase of pregnancy", says Associate Professor Morten Arendt Rasmussen, of the Department of Food Science.

"One explanatory model could be that a mother’s bacterial flora change so that a baby can be colonized with many types of beneficial bacteria as it moves through the birth canal," says Søren Sørensen.

After one week, the researchers examined the bacterial composition in the guts and lungs of the babies with the hypothesis that mothers’ bacteria is transferred to them. The modest transfer of bacteria surprised the researchers.

"In recent years, there has been much focus on the importance of vaginal birth as a way for babies to be colonised with their mother's beneficial bacteria during childbirth. The results of this study suggest that things are more complex," says Associate Professor Morten Arendt Rasmussen, who stresses that researchers are in no way advocating for caesarean-section births. However, the study helps by adding nuance to the existing body of knowledge in this field.

The researchers point out that this differs in relation to the gut bacteria from mothers, but that could be due to other factors, such as the fact that babies live so closely to their mothers early on.

Microbiomes play a major role in the development of disease

The individual microbiome of a human, or bacterial composition, plays a major role in the development of disease later on in life. Therefore, it is important to generate more knowledge about how microbiomes develop. Indeed, once fully developed, the microbiome can be difficult to change.

"There is a window during the first two or three years of life when a child transitions from milk to adult food. During this phase of life, the microbiome is dynamic. Thereafter, it becomes more stable and subsequently difficult to change. If we are to gain a greater understanding of human health in general, we need more knowledge about what happens during the time around pregnancy and childbirth. This study contributes to just that," says Morten Arendt Rasmussen.

The findings are published in the scientific journal The ISME Journal, Multidisciplinary Journal of Microbial Ecology.

Read more about the background to the article.

The study is funded by the Danish Council for Strategic Research, Independent Research Fund Denmark and the Lundbeck Foundation.