How has the friendship between humans and dogs evolved, evolutionarily, over thousands of years? What happened immediately after the Big Bang? Do plants and microbes communicate as microbes do with our intestinal tract? These are some of the questions and projects that nine young research talents at the University of Copenhagen’s Faculty of Science (SCIENCE) are receiving millions of kroner to answer. 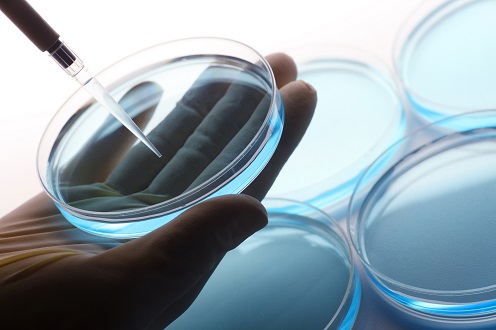 The program, initiated seven years ago, was created with the aim of focusing on young researchers, who occasionally stand in the shadows of their more well-known and well-established professors. The abundance of talent among this year’s batch of young researchers from SCIENCE is matched by their wide variety of projects. These include clarifying what happened in the universe immediately after The Big Bang, how humans and dogs have lived together for thousands of years and how plants and microbes are part of a symbiotic community, in much the same way as microbes coexist with the human gut.

Commenting on the grant support for these young talents, Thomas Bjørnholm, Executive Chief Scientific Officer at the VILLUM FOUNDATION, says:

“Our strategy is based on a fundamental belief that great scientists perform outstanding research. That is why the Villum Young Investigator Programme focuses on support for the very best young talents, by providing them with the best opportunities and frameworks to develop personally and to develop their own research groups in the coming years, so as to make significant contributions towards technical and scientific research.”

Researchers from around the world are among this year’s 21 new Villum Young Investigators.

With regards to the foreign researchers, Thomas Bjørnholm comments:

"As a non-profit foundation, it is our ambition and privilege to help establish, develop and maintain an international research environment in Denmark - in near dialogue and harmony with universities.”

Since the programme’s inception in 2012, 150 young researchers have received roughly one billion Danish kroner from the VILLUM FOUNDATION to support their work.

ABOUT THE VILLUM FOUNDATION
The VILLUM FOUNDATION (part of the VELUX FOUNDATIONS) is a non-profit foundation that supports technical and scientific research, environmental, social and cultural purposes, both in Denmark and internationally.

The VILLUM FOUNDATION was founded in 1971 by civil engineer Villum Kann Rasmussen - founder of VELUX a/s and other companies.